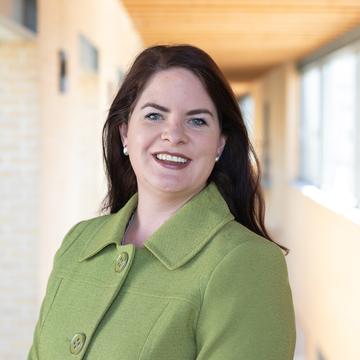 “In any crisis, leadership is crucial. The Covid-19 pandemic has exposed not only the fragility of our social and economic systems, but also that traditional concepts of leadership may no longer be serving us”

– Peter Drobac, Director of the Skoll Centre for Social Entrepreneurship

Leadership - or lack of leadership - has been a consistent focus throughout the Covid-19 pandemic, with leaders from all levels of society being put in the spotlight. Heads of states have been both applauded and criticised for actions such as decisions to impose travel bans, national lockdowns and social distancing measures.

The challenges thrown up by the current global pandemic continued to be a theme during the 2021 virtual Skoll World Forum, whether it be addressing food scarcity, tackling racial inequality or uncovering the gaps in leadership. ‘Cultivating Systems Leaders for the age of Pandemics’, a panel session curated by the Skoll Centre, discussed what key leadership traits, qualities and behaviours are needed for the next decade.

To help us drive this conversation were four esteemed panellists:

Although it is still too early to tell what ‘success’ will look like on the other side of Covid-19, one thing that has become apparent is that certain regions performed better than others, and it wasn’t based on the age-old traditional scale of ‘wealthy country does better.’ One of these regions is Sub-Saharan Africa, whose leaders have had direct lived experience with infectious diseases. Anges Binagwaho, who formed part of Rwanda’s Covid-19 task force, reinforced the importance of direct experience and that at the beginning of the pandemic their leaders were on high alert, communicated clearly and acted swiftly in the first instances of cases.

Similarly, East Asia and the Pacific regions have both done well, again, due to lived experience, Joe Hsueh acknowledged that Taiwan remembered the SARS epidemic well and implemented strict travel bans and extensive tracking and tracing systems. Taiwan to date have had only 11 deaths and Audrey Tang, Digital Minister in Taiwan, has been described as helping manage one of the best responses to the pandemic. Other examples included the pacific island states such as New Zealand and Australia who were able to implement and sustain lockdowns and closely monitor outbreaks. Surprisingly, regions such as Europe and the UK who were predicted to be more successful having larger resources at their disposal were more hesitant to impose lockdowns. Leaders in these regions have been highly criticised for their slow responses and complicated messaging. If Covid-19 was a dress rehearsal for 21st-century challenges, traits that we need to cultivate for future leaders include; empathy, communication, accountability, collaboration, inclusivity, and instituting hope.

A strong leadership theme that has emerging during this pandemic is that female leaders performed significantly better across the board. These include heads of state such as Iceland’s Katrín Jakobsdóttir, New Zealand’s Jacinda Ardern and Norway’s Erna Solberg. Paul Polman highlighted that female, or rather feminine traits of leadership which include a greater degree of empathy, are key to connecting with the population, building trust and creating an effective response to any crisis. Evidence-based research to support these feminine leadership qualities has been around for some time, but the pandemic has emphasised that we need to move faster to shift from traditional forms of power and leadership

2. Communication and accountability are non-negotiable

Former president of Liberia, Ellen Johnson Sirleaf states that that, ‘regular, honest communication is key in any crisis.’ many nations that did well in the first part of the pandemic had clear communication plans. In the past year, we have seen a rising mistrust in government which has created a wave of fake news and conspiracy theories. This may jeopardise current global and local leadership ability to roll out testing, tracing and the vaccinations that are needed to bring the pandemic to an end. A highlight on this panel was the deep connection between communication, trust, accountability and inclusivity.  Cheryl Dorsey called for honest, transparent and empathetic leadership, enabling an environment of trust and accountability.

Ultimately, long term ‘successes’ will largely depend on access to the vaccine which may intensify inequalities. Low and middle-income countries may receive only a very small portion of doses for frontline workers until higher income economies have achieved a higher vaccine coverage, despite almost 180 countries signing up to take part in the WHO’s COVAX initiative.

A nationalist response to Covid-19 might safeguard higher income economies in the short term but risks of the next decade will include further global challenges such as infectious disease, extreme weather events, a global livelihood crisis, digital power concentration and cybersecurity failure (WEF Global Risk Report 2021). These risks cannot be tackled in isolation and will require a collective global response. Former president of Mexico, Ernesto Zedillo stated that ‘inclusive globalisation is needed, not only by the weak but also by the strong; not only to defeat economic polarisation but also to alleviate old and new resentments that threaten the security of our world.’

4. Hope gives us a renewed sense of collective purpose

In 2015 the Global Leadership Index indicated that we were already heading toward a leadership crisis; aligned with our panel's top traits identified for 21st-century leaders included communication, collaboration and a global mindset. Many feel disheartened about the future, we are about to witness increasing inequalities, an uneven global economic recovery and to top it off, a climate crisis. However, one of the constant themes of the Skoll World Forum over the years is an immense feeling of hope. Panellists not only felt that the next decade will take further courage and greater resilience but also that these complex and interconnected global challenges may give us a renewed sense of collective purpose.

The panel gave several compelling reasons to be hopeful, Joe Hsueh included that innovation is happening at a faster rate than ever before and that the next generation has greater agency, creativity and purpose. The cost of action is now lower than the cost of inaction and Anges Bingahawo summed up my thoughts with one of my favourite quotes from this year’s Forum ‘I am filled with anger, rage and optimism.’

Watch the session, 'Cultivating Systems Leaders in an Age of Pandemics' which took place at the 2021 virtual Skoll World Forum.