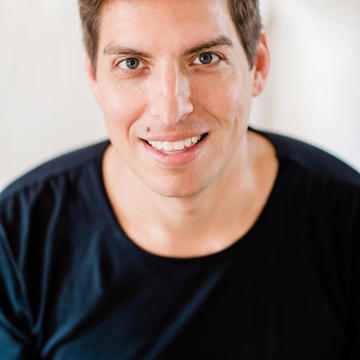 Derrick is recognized as a leading researcher and advisor on global social
movements and issues, and his work is regularly cited by such outlets as Forbes,
Fast Company and The Wall Street Journal and as a reliable source of data on
today’s cause engagement.

For several years now, I have been leading research studies to gain a deeper understanding of consumer expectations for companies to be involved in social issues. Unlike similar studies, our team has looked at the other side of those expectations too: If consumers want companies to be socially responsible, does it logically follow that those same customers will become company loyal, purchase products because the company supports a cause and/or engage in its social issue efforts? Logic may say yes, but behaviours tell a different story.

Most consumers who expect companies to be socially involved also say it would influence their purchasing decisions. However, our research tracking self-reported behaviors of consumers who make such statements indicates they don’t always do so, and they don’t act as a monolith. Some consumers soon seem to forget their intention to patronize only companies that support the issues they care about. Even the staunchest consumer supporters of social issues often fail to follow through with correlative actions. We must remember that in any research, acquiescence (or agreement) bias can come into play whenever consumers are asked yes/no, agree/disagree, true/false types of questions, especially when it comes to social issues; respondents can feel more at risk of being judged when answering a question about hunger or climate change than about which type of soft drink they prefer. This bias can result in data that does not truly reflect the behaviours of those surveyed. As Timothy R. Graeff explains in ScienceDirect:

“With acquiescence bias, a response is based on respondents' perceptions of how they think the researcher wants them to respond. … The manner in which interviewers react to respondents' answers can also give respondents cues regarding what the interviewer wants to hear. … Many people exhibit a tendency to agree with statements presented to them rather than disagree. Such tendencies toward positive responses can even vary across cultures.”

Meanwhile, company decision-makers must understand the realities of such consumer expectations. Most are inclined to think that the corporate social issue stance influences customer purchase decisions and may have some data to back this up, but it’s likely part of their larger brand-versus-price buying data. This is why we started The Corporate Social Mind (CSM) series of research studies. If consumers are looking to the corporate sector to take action, business and marketing leaders must have accurate data about consumer behavior and feedback on their social strategies that goes beyond a marketer’s personal interest. As companies decide how to address social issues, they need to look at the consumer who cares not as just one type of socially minded persona but three: activist, socially conscious and social issue interested. The following examination of these personas will help companies develop effective strategies for addressing each of them.

Activist consumers are passionate about social issues and have thoroughly researched companies that purport to support them. These consumers take time to learn about such factors as a company’s impact on climate change, examine every stage of its supply chain, dive into who it employs and how they are treated, etc. These are by far the most vocal and active consumers, which leads many brands to focus on and react to their desires over those of other groups of consumers. However, on closer examination, those other groups may be more valuable in some ways: They are larger or consist of customers in a particular demographic, for example; they may also be actual customers, while the activists may not buy, rent, use or otherwise interact with the brand and never intend to. Still, companies can’t simply ignore activists who are not customers. Given the role that products, goods or services may play within activist consumers’ spheres of influence (including the media attention they can draw), these players can marshal widespread, extreme pressure.

Russia’s invasion of Ukraine offers a good example. Companies around the world are under consumer pressure to cease operating in Russia as a way to signal their support for Ukraine, and of course not every activist calling for such action is a customer. Many companies are responding to these non-customer global activist consumers by leaving Russia. As a result, according to the authors of the working paper It Pays For Companies To Leave Russia (May 2022), “companies which have made a clean break or permanent exit from Russia have performed far better than … companies which are ‘digging in’ and defying demand to reduce activities in Russia.” In the 1990s, Nike was accused of allowing suppliers to exploit workers; activist consumers from labor, college campuses and anti-globalization groups conducted what The Guardian called “the granddaddy of all activist campaigns.” Nike at first refused to take responsibility, presumably knowing that people in the countries where these conditions occurred were not their consumers. After years of media attention and pressure, though, Nike has “transformed the debate about who’s responsible, and how to make improvements.”

Though more moderate in their actions, socially conscious consumers are nearly as knowledgeable about particular social issues as the activists. They take notice when a company states its position on a social issue and then look for proof of its sincerity,  such as on brand packaging, websites and other visible areas. Our research found that the number of people who reported visiting a company's website or using an online search engine to learn about a company's support of a social issue increased from 2020 to 2021 by about 10% in both the U.S. and Germany. Socially conscious consumers also examine how the company’s actions affect employees, the communities where it operates and the broader public. Of course, what this consumer sees as proof of sincerity and social issue involvement is whatever aligns with their own views. In the end, these consumers use all they’ve learned to make socially conscious purchasing decisions. For example, our research in 2021 found that 30% of survey respondents would pay the highest price presented to them for a soft drink and 25% for a sweater if the label provided information related to social issues: employees from diverse populations, women in management and NGOs the company supports (see figure below).

Social issue interested consumers are aware of and interested in social issues and try to make socially conscious decisions whenever possible. They support a social issue by signing petitions, liking/sharing content on social media, contributing at the point of sale, etc. That’s why this consumer needs consistent nudging, reminders and calls to action to sustain and amplify their engagement; interest does not always turn into action because of the many competing demands (and expenses) in life. These are the economic-conscious consumers, as well, and so may make all purchase decisions based only on price. Even so, the social issue interested consumer may not seek out a brand’s position on an issue, but their brand affinity and loyalty increase when they discover a brand supports something they care about. The knowledge contributes to an overall positive view of the company.

A brand’s real challenge in the social issue space is twofold: sustain authentic involvement in a social issue that makes sense for the brand, and engage and support all three consumer segments discussed above in their efforts (other consumer segments exist, of course, but we focused on consumers as they relate  to social issues). Being aligned internally is key. As discussed in the book I co-authored with Michael Alberg-Seberich, The Corporate Social Mind: How Companies Lead Social Change From the Inside Out, social values must be integrated and practiced within company culture. Employees must be allowed to openly question one another to ensure that corporate social values are thoughtfully considered in all decisions.

Unfortunately, our research still finds departments in so many companies struggling to appropriately address social-issue consumer segments with cohesive, complementary strategies—or, worse yet, using one strategy for every consumer. For instance, a PR team may need to use one message in responding to activist consumers’ demands, while the brand team will use a different message to engage the socially interested consumer–and both may need to be replaced after a moment three or four months later.  In the two most recent CSM research studies, we have cautioned companies and brands from becoming complacent. Though expectations of a company’s social issue involvement tend to dip slightly between crises, most people continue believing brands should take a position on social issues. “Back to business as usual” may be a phrase and mindset of the past because when the next moment hits, voices will quickly swell again, demanding to know what companies are doing to help. Be ready by crafting an overarching social issue strategy with clear substrategies to address all the consumers discussed here.

Derrick is the author of three books, The Corporate Social Mind: How Companies Lead Social Change From the Inside Out, published by Fast Company Press, Social Movements for Good: How Companies and Causes Create Viral Change and Cause for Change: The Why and How of Nonprofit Millennial Engagement.

Derrick holds the position of Visiting Research Fellow and teaches at the Impact Lab at the Skoll Centre, Saïd Business School, Oxford University. He is a member of the Ad Council’s Advisory Committee and on the Board of Trustees at the Lilly Family School of Philanthropy at Indiana University and a regular contributor to Philanthropy News Digest.