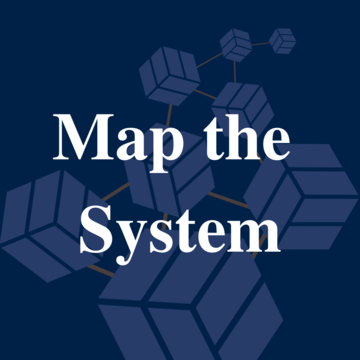 On 15-17 June 2020, the Skoll Centre’s Map the System competition held its Global Final virtually. As a member of this year’s judging panel, Ed Straw shares his insights.

The more researchers are conscious of their ‘traditions of understanding’ in relation to the subject, the less biased will be the output. Through culture, education and experiences of many forms, everyone holds preconceptions about their field of study – their ‘positionality’. The tendency for many is for US-European norms in economics, democracy, science and so on to be the starting point. As a judge for the Map the System competition, surfacing my own inbuilt assumptions in relation to each of the 31 finalists is a tenet of systems thinking. This was not easy. The entries ranged from the Youth Suicide Crisis in India to Why Women-Owned Businesses in South African Townships Fail, from Consumer Food Waste in Navarre to Affordable Housing in Utah. Everywhere is different.

Yet, I came away with the sense of ‘Yes, and Everywhere is the Same.’ What struck me most was the commonalities in many of the entries. The most obvious example is menstruation. This is actually an issue that affects over 3.5bn people for long parts for their lives. Normalising periods, treating them as just another bodily function requiring proper facilities and materials to be readily available in every institution, being able to talk about them in an understanding and knowledgeable way, not stigmatizing and so on would benefit so many lives. It is a common global issue. ‘There will be blood’ as one entry put it so succinctly. At its root, it is about shifting social norms.

This theme extended to several other entries where appalling norms in the treatment of women are underlying high adolescent pregnancy in Peru, female genital mutilation in Somalia and modern slavery in Papua New Guinea. But where is the global learning in shifting social norms?

Youth homelessness in Vancouver brought out another commonality – the lack of coordination and integration by public and third sector agencies. Funding is not the issue: masses of it appear to be available. As so often, it is poor overall governance leaving lots of intermediate interventions with few aimed at the whole person and the purpose of the funding. How often have I seen that. At what point will the world of government know instinctively that sound governance is where any solution has to start?

Poor plastic waste disposal in Accra Ghana, fake news in Germany, systemic barriers to public transportation in Boston US, the flooding crisis in Canada, type 2 diabetes in Latino-American communities, and depression in China are all entries with universal insights. Yet few of them get transported around the world, as a matter of course.

This led me on to thinking about the sort of ‘global learning engine’ that has been so effective in developing world class manufacturing from Japanese practice in automotive and consumer electronics from the 80s onwards, which is now almost universal in its application. It is the reason we can buy products of such extraordinary complexity, use and reliability, and at such comparatively low cost. These learning engines consist of management gurus, consultants, trade and specialist journals and news media, design authorities, business schools, industry analytics, trade associations, professional institutes, software developers, state funded R&D institutions and more. All of them are intent on scouring the world for what works best, why, and how, and transferring this knowledge.

Could world class governing and government be developed through a global learning engine? Bits and pieces of knowledge transfer do happen. The OECD’s Observatory of Public Sector Innovation is working hard in this direction. A few university departments are active (e.g. Arend Lijphart at the University of California). This competition is a fine example. But the total is tiny compared to the billions spent on knowledge acquisition and application in the commercial world. And typically governments are spending 40% of a country’s GDP, a vast sum that would be spent so much better stimulated by universal knowledge transfer and application.

The faster this learning platform can be activated and institutionalized, the faster governments will improve. None of the situations of concern analysed by the entrants would be solved through the application of today’s, often ramshackle political processes. Politics is more often an obstacle than an answer. Systems thinking works. In 2017 the UN, the WHO and OECD all called for the use of systems thinking to deal with highly complex problems. Which issue in government these days is not? Rise up systems thinkers – our time has come.

Ed Straw, Visiting Research Fellow at the Open University’s Applied Systems Thinking in Practice unit, headed by Professor Ray Ison, with whom he recently co-authored a book on The Hidden Power of Systems Thinking, and its application to governments and governance.