Gathering strength and skills from a year in the ‘Oxford bubble’ 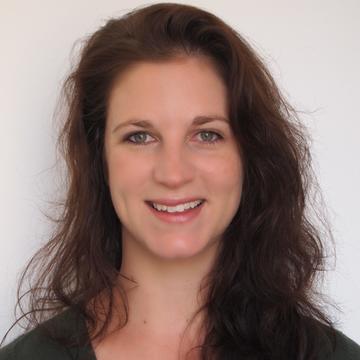 Gathering strength and skills from a year in the ‘Oxford bubble’

Pip Wheaton is a Skoll Scholar on the Oxford MBA for 2015-16, and is also the founder of enke:Make Your Mark, a youth development organisation that inspires and supports young South Africans who are taking action on the most urgent social issues.

A couple of weeks ago, I left the bubble of Oxford to spend the weekend in South Africa. It was the annual strategy retreat for the organisation I started six-and-a-bit years ago, enke: Make Your Mark. It was also the crescendo of the national student movement that was protesting against the proposed fee increase for universities. I arrived on the Friday morning, coincidentally just in time to be able to show solidarity and join the protest at the Union Buildings in Pretoria where President Jacob Zuma was deliberating the demands.

We arrived on the dusty, smoky scene just as police fired stun grenades into what looked like a peaceful group, with helicopters circling overhead and barbed wire being rolled out along the road. Despite the palpable sense that violence was only a misstep away, the mood was optimistic. The results left most of us torn: they showed the power of youth-led, non-political, peaceful protests (the president agreed to a 0% fee increase for 2016), but they were also a cop-out by government, because neither the underlying issues nor the long-term challenges inherent in the education system were addressed.

I got back to Oxford on the Tuesday morning (after three days locked in the enke offices working on strategy). I was exhausted. The need for change has rarely felt simultaneously so urgent and so possible as it did that weekend and all I wanted to do was stay on the frontline to do whatever I could. Returning to the Oxford felt like I was running away.

Oxford is a bubble. The academic requirements of the year are only limited by how much time you choose to put in; there is a never-ending stream of fascinating talks and events so you don’t need to go elswhere for entertainment; thousands of people have uprooted themselves from their normal lives to create a temporary new world together. It feels like real life is suspended here. Returning to this, after a weekend of slap-you-in-the-face reality in South Africa, it felt like I was evading responsibility.

But when I arrived back to school, I remembered why taking a year out to do an MBA is so precious. From when we started enke in 2009 through to the last months of handover six years later, I was so absorbed in the day-to-day of the work – in designing and delivering programs, in fundraising, in management, in strategy, in impact measurement – that I didn’t make space to develop myself. And I was definitely not delivering my best work as a result.

This opportunity is so much more than the raw skills we learn in class. It’s the time out to think. It’s the weird and wonderful extra activities. It’s the people we get to engage with. It’s a year to invest in yourself, whatever that looks like for you.

I chose to come to Saïd Business School for the focus on social impact. So did a lot of other people here. That means that the conversations we have in the hallways between classes or over beer and pizza after school are just as valuable as any case study analysis or financial modeling we do. In the week since coming back from South Africa I’ve had the opportunity to brainstorm a friend’s business idea for increasing accessibility to ultrasounds in Kenya; I’ve discussed free will (or the absence thereof) over too much wine; I’ve have my assumptions about global financial systems challenged. While none of those things have immediate, tangible impact, in a years time, when all of this is over, everyone in this class should be better placed to do the work we choose. So while I’m not going to shake the conflict I feel from being in this bubble and not actively creating change this year, I hope that I’ll be more effective when I next get my hands dirty.

"This opportunity is so much more than the raw skills we learn in class. It’s the time out to think... It’s a year to invest in yourself, whatever that looks like for you."