Insights from the frontline of system change

14 December 2020
Topic:
Programme:
Share on facebookShare on twitterShare via email

Insights from the frontline of system change

This year, a group of Oxford students, including many from Saïd Business School, have joined the team at Imperative21 to work on a very special research project with Skoll Centre Social Entrepreneur in Residence, Charmian Love. We call these students NERAs: New Economic Research Associates. The research project involved interviewing a range of global thought leaders and doers in the economic system change space, and the NERAs have recorded their reflections on what they learned in a series of blogs. We’re pleased to share the second part in this series, authored by Saskia Rotshuizen (Oxford MBA, 2020). Read part one.

As the world entered the first wave of lockdowns in April 2020, a group of dedicated and benevolent mavericks saw an opportunity: a chance to reset our economy, into one that benefits all, including the planet. Project Portal, launched by the collective Imperative21, was born.

With the onset of Project Portal, Imperative21 recognized the need to engage all parties in the creation of the ‘Imperatives’ for a new economy. In fact, the idea of ‘resetting’ the economy is not new: over the last decade, organizations, thought leaders and writers have been visualizing and creating what this new economy could look like, uncovering critical insights in the process. In order to capture this wisdom, Imperative21 enrolled a group of MBA students - nicknamed the ‘New Economy Research Associates’ (NERA) - to interview those thought leaders. These leaders are advisors, investors, marketers, and ecosystem builders. All are pioneers in building the new economy and most also have their hands in several pots associated with systems change - as such, these leaders generously offered an informed perspective on the nuances and complexities of economic system change. These conversations added an invaluable practitioner’s lens for the development of the Imperatives.

So, what did we learn? Here are the top four takeaways from these interviews:

The time is now

Across all the interviews, practitioners recognized that the societal, political and economic trends have reached a critical inflexion point, catalyzed by the COVID19 crisis - the time for action is now. Some of the interviewees pointed to the Covid Recovery stimulus packages being drafted and presented by governments worldwide as a materialization of that inflexion point. The European Green Deal for example, in development since before COVID hit, is showing to be more relevant than ever.

Action must be simultaneous for exponential effect

Interviewees repeated that economic system change is complex and ongoing. For it to succeed, we need to align and coordinate multiple levers of actions. In other words, we need a ‘movement of movements’. A couple of interviewees alluded to the critical role of convenors, such as the UN played in the development of SDGs. Since these NERA interviews, Imperative21 consolidated its convenor role to facilitate constructive collaboration, notably leading the RESET campaign. Some of the interviewees highlighted their potential role in influencing key strategic leaders towards greater collaboration, especially leveraging their position as members of strategic coalitions and networks.

Aligning on the destination is critical

Whilst all interviewees saw the need to move away from GDP and other current measures of success, there was also a recognition that individuals organizations pursue different goals in their systems change efforts. The majority of interviewees leverage the SDGs as a destination point, yet other organizations have their own metrics or use other reference points. Many societal movements suffer from the same challenge: the lack of alignment on the end goal, which dilutes the common effort. As such, interviewees highlighted the need to clarify the goals of the imperatives in relation to existing benchmarks and global goals.

Across all interviews with these thought leaders was an underlying recognition that these were conversations held with and by privileged individuals. Several of the interviewees pointed to the necessity of eliminating the jargon around economic system change, so as to make the conversation more inclusive and relevant for all. The economy concerns every single one of us: from heads of states to students to social workers to teachers to refugees. Only by taking into account a pluralism of views can we really succeed at large scale economic systems change, as everyone has a part to play.

Systems change takes time, sweat and often tears. As we learned from these interviews, efforts to change the economy started years ago, and it would be foolish of us to think that the work is almost done. What we can say though is that 2020 has opened the eyes of many to the urgent need for such systemic change. And when more people are aware and take action, momentum grows and mountains can be moved. 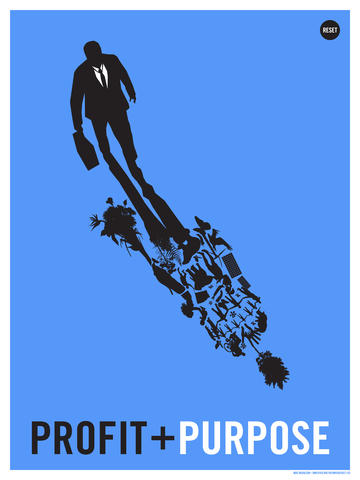