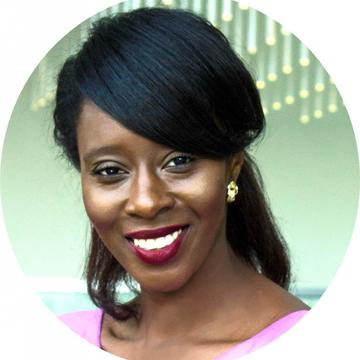 Adversity is defined as a difficult situation or condition: associated with misfortune or tragedy!

In this all-female panel, the discussion moved from the journeys of personal leadership challenges to family upbringing to what is ahead. The panellist spoke openly and candidly on their hopes and beliefs on women’s leadership roles in public life. In the imminent future panellist such as Mary Robinson is involved in the campaign to seeing the next Secretary-General of the United Nations while Halla Tomasdottir is currently in the Presidential race to be the next President of Iceland!

Being a student I’m often intrigued by a range of academic studies and so I asked the panel if they had the chance to go back to school today, what subject would they study and why?

The second question was I posed was; in hindsight of the journey that you have experienced thus far in life, if you had the opportunity to meet and speak to your 12-year-old self what would you tell her to keep her going and achieve the potential….

Their responses are as followed….

“I would find it necessary to focus on human rights development and climate justice. These are existential threat to all of us and I am truly focused on these issues. I would have liked to have become involved in work on this at an earlier age. So a degree would give me a broader perspective”

“My 12-year-old self was VERY shy, I would say get a hold of yourself….I used to block…I would force myself 12 year old self to debate, to help me get over the shyness. I overcame my shyness at University where I still attempted to block but found ways to get out of the shell.”

“I would go back to study social entrepreneurship. The only way we can solve the many pressing issues we have in the world today is through building mission driven businesses. I believe in the power of that model. The idea of triple bottom line sits well with my values and I did not learn that during my time as an MBA student which was international.”

“I have a 12-year-old daughter, and when I was 12 years old we had our first female President in Iceland. So talking to my 12-year-old self is very meaningful. I would say to her… be you… never let anyone ever tell you that you are not enough… that you are not okay exactly as you are… that you have been created in that perfect way to be you. Halla, lots of people will tell you that you should be that or this but always have the courage to listen to what is inside of you and trust that intuition. You may cheat on your intuition but your intuition will never cheat on you not even when you are 12.”

“When I was in school I really went through as scenic route through my academic career. So I started off studying fine arts then engineering and then theology. I have explored a number of fields. So if I go back to school now I would go for something that I have not studied yet like dance. To be able to integrate my creativity with my academics. It would be a modern type of dance or ballet.”

“I would tell my 12-year-old self that she is going to be a phenomenal woman. That’s all.”

“I would love to study international relations because I have spent the majority of the last 20 year of my life travelling the world and promoting global sisterhood. I would have love to have started that earlier in my life and reflecting on it going deeper into the subject area would have been beneficial.” “To my 12-year-old self I would say; stay curious. Keep knocking on doors and asking questions. It is important to foster a spirit of curiosity as a child as so one is not limited in their view of the world.”

“My first thought is that I would NOT go back to school at 25 I feel like I am ALL schooled out! I have studied medicine and then got an Executive Masters in International Strategy and Diplomacy at LSE. But if I really had to go back to school I would study Life Ethics, and develop my life skills in this course where you get exposed to your civil rights, how to balance your books etcetera, but I am good at Karaoke!”

“My 12-year-old self wanted so much better for me. I had the opportunity to open a time capsule that I did in grade 8 when I was 12 when I was 22 which was 3 years ago. My time capsule said that I would have a yellow VW Beetle, I would be married with a child and 3 cats and I would be the President of the Hospital. I watched the TV show E.R. a lot and always wanted the role of the chief of surgery but just didn’t know what it was called back then."

I would tell my 12-year-old self to listen to listen to my parents, not to listen to kids in school if they were mean and to stick to what she believes in and to take risk. There were so many things that I wanted to do at 12 but was told I could which I regret.

“I learned that courage was not the absence of fear, but the triumph over it. The brave man is not he who does not feel afraid, but he who conquers that fear.” – Nelson Mandela

The panellist all share a similar sentiment in that their family upbringing played a vital role in shaping them into the leaders they had each become as adult women working across the world to bring about positive change in the lives of women and girls. When she could not access the ready-made platforms that political leaders used to make decisions that affected her, Alaa saw the need to create her own for Libyan Women. Reverend Mpho Tutu’s environment shaped her and gave her the courage to stand for what she believes which lead other religious leaders to support her.

If you could speak to your 12-year-old self today what would you tell her or him?

I would say to you all take the time your relationships deserve because all you have is today do not waste time, be passion filled and willing to take risk.

There are millions of 12-year-olds out there waiting to hear your story have the courage and boldness to share the journey of who you are and how you have not only faced but overcome adversity.

Remember there are no leaders who have not faced times of adversity, what has shaped them is how they chose to overcome adversity.