Map the System: Menstrual Inequity in the United States 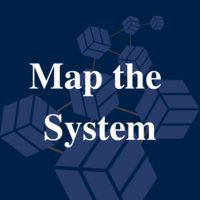 Map the System: Menstrual Inequity in the United States

On 15-17 June 2020, the Skoll Centre’s Map the System competition held its Global Final virtually. The team from University of Illinois Urbana-Champaign competed against 30 other finalists from institutions around the world at the event, coming in second place in the competition. Team members Angela, Ajaita and Jiho tell us their key learnings from taking part, and how they mapped the system to explore menstrual inequity in the United States.

We were originally nervous about this topic, unsure of how much information we’d find on menstrual inequity, especially for such an economically privileged country like the United States. Menstrual inequity is often focused in regions within the Global South, such as Kenya and India, but its debilitating consequences affect menstruators from nearly all nations and cultural backgrounds.

Our team is composed of menstruators from across the United States, from California to Illinois to New Jersey. However, we all shared something in common: we were menstruators and people of color who came to the table with stories. Ajaita was diagnosed with hormonal imbalance after four consecutive weeks of menstruating. Jiho’s sister thought she was dying when she got her first period, as she grew up as the oldest daughter in a family that didn’t talk about periods openly. On a happier note, Angela’s father was very supportive and helped with numerous stains around the house, but she soon realized her experience was unique.

We are lucky to say that we are among the more privileged menstruators in our country, but there are millions who face regular in access to clean menstrual products; stigma from peers, family members, and general society; as well as systemic power abuses that maintain sexist and harmful practices. Notably, we were shocked by the treatment of incarcerated individuals, trans and intersex menstruators, and the persistent ignorance by our government.

The people we interviewed were especially receptive and eager in teaching us more about the menstrual justice space, and we can’t thank them enough for their help and passionate activism, even through this pandemic. A special shout out to our mentor, Valeri Werpetinski, who not only encouraged us to pursue this topic, but also consistently believed in our team (with several hour long sessions of constructive feedback and advice).

However, systems thinking was a completely new territory for us to explore, and our initial and final iterations looked vastly different from each other. Our campus presentation had strong storytelling components, but our focus on individual stakeholders and institutions caused a disconnect within the visual map. After researching systems-thinking tools, we realized that the information we compiled needed to be presented with more depth and complexity. Our final iteration for the global competition reflects this mind-set change, as we seeked to deliver a holistic view of menstrual inequity and its tangential systems.

Systems thinking has taught us to dig beyond the surface. Breaking down each entrenched aspect of this intimidatingly enormous issue became empowering as we learned that by dismantling one system, we could impact and help dismantle others. By deepening our understanding of the movement, we learned to stand with stakeholders and to view them as people who are stuck in cycles driven by an unjust system. Instead of researchers looking in from the outside, we became active members within the space.

This project has allowed us to access an incredibly welcoming space, with all of us joining the nonprofit Operation Period. While funding product donations and spreading awareness, OP has also taken a de-colonization and abolitionist approach to tackle menstrual injustice effectively. Ajaita, as Co-Art Director, is currently working on projects to spread awareness across the country. Jiho, as Podcast Producer, is lifting voices from different spaces in the movement. Angela, as Education Director, is updating the onboarding and shared curriculum to reflect their systemic approach. Through this, we aim to keep educating ourselves while transitioning our Map the System project onto our own independent website and resource to menstrual systems.

We’re thankful for all the support we’ve received, and for the opportunities given to us by Map the System. We hope you’ll join us in our fight against menstrual inequity.

There Will Be Blood Team