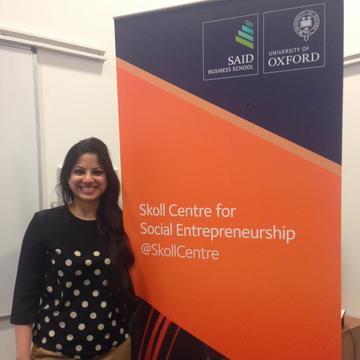 If I had to pick one thing to work toward for the rest of my life, it would be to ensure that every child, both girl and boy has the access, means and support to pursue ‘quality’ education right from primary and secondary to higher education.

This conviction, this belief if you will, that an educated human being holds the key to tackling our worlds most severe challenges is inherited from the strongest woman I know, my mother. She believes that fame, health, wealth, can all disappear in a day; that your education is the only thing no can ever take away from you and that it gives you the power to design your destiny. As Jacqueline Novogratz encouraged us to do in the opening plenary, I reflect on the beliefs I have inherited and this is one I carry forward with me.

I have been in Oxford for eight months now. I have attended many talks on the state and future of education and I have two disheartening observations. One that the focus seems to be only on primary education and two, that enrollment in school was translated to mean children are learning.

Mabel van Oranje of Girls Not Brides have an introduction to the session that had me thinking ‘finally’! She began by saying that while the Millennium Development Goals were focused on early education for girls, there was a hole in the middle and we just picked them up again when they were 18 years old. The focus of the panel would be to have a conversation around why this was and how to ensure the Sustainable Development Goals would include the adolescent girl. And what an amazing panel – Lucy Lake, Memory Banda, Rebecca Winthrop and the incomparable Graça Machel.GIRLS

The session began with Memory Banda of Girls Empowerment Network sharing the story of her sister who was married and pregnant at the age of 11. This was the story of many of the girls Memory grew up with and yet as Mabel reflected, Memory had escaped this fate, attended college and now works with the Girls Empowerment Network and speaks at the Skoll Word Forum. Was it luck or determination? Born and raised in India where as reported by UNICEF, 18% of 20-24 year olds are married by 15 and 47% by 18, how was I doing an MBA at Oxford and attending the Skoll World Forum? I believe that luck and where you are born should play no part in your access to education or the age at which you are married. This is however not today’s reality. 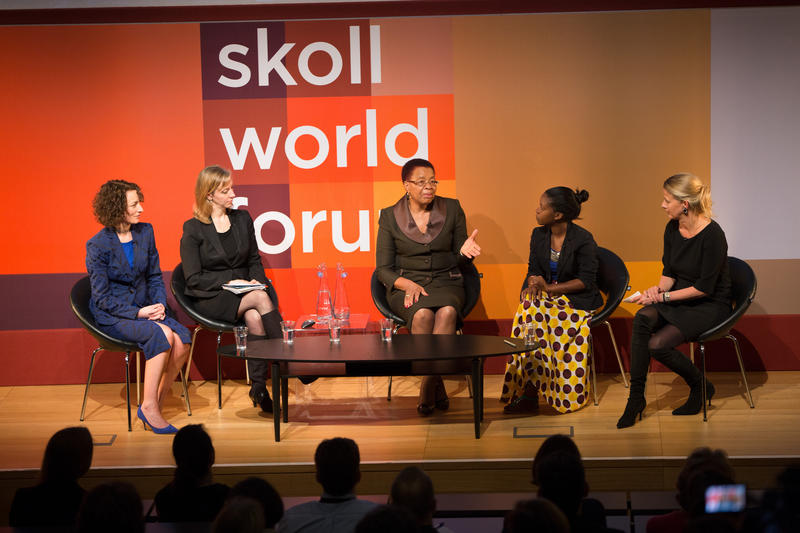 So how do we support the adolescent girl? How do we take luck out of the equation?

Graça Machel (international advocate for women’s and children’s rights, former freedom fighter and first Education Minister of Mozambique) said it perfectly, ‘’It is not the responsibility of just human rights activists, it is the family, the community, the school and the traditional and religious leaders that need to take combined action to support girls and allow her to make choices.”

Lucy Lake, CEO of CAMFED talked about what supporting girls meant for them. First, ensuring girls finished secondary school (a shift from the prevalent focus only on primary education), second that they achieved pass rates 10% over the national average (a move toward the quality of education and not just enrolment) and third the delay in age of marriage and motherhood. She went on to say that, ‘girls education sits at the intersection of power, money and sex’ and talked about the importance of understanding these fundamental dynamics that render girls vulnerable. To support girls all three needs to be addressed together.

Rebecca Winthrop of the Center for Universal Education summarised the five issues that the global community is coming around to build a shared agenda for girl’s education.

Access – get girls into schools and retain them through secondary schooling.

Safety – on the way to school and when they’re at school.

Quality Learning – for the whole education system, to make sure girls and boys master the basics and graduate with the skills they need.

How to get achieve the top four goals – by supporting girls education leaders especially in developing countries who have local contextualised solutions to the problems girls face.