25 May 2017
Topic:
Author:
Share on facebookShare on twitterShare via email

Our previous blog looked at ‘Six Reasons Why Research Matters for Social Entrepreneurship’, ranging from gaining a deep understanding of problem and solution landscapes, to innovation, and a critical birds-eye view of the sector. The Skoll Centre has since been exploring research for social entrepreneurship through a series of seminars led by impact-focused early career researchers from across Oxford University. Each has discussed their own research experiences and drawn out lessons for better aligning research with the needs of the social innovators.

Evidence and impact evaluation are top of the list for many practitioners when asked how research can help their work. Anna Custers, a Skoll Centre Early Career Research Fellow, explored this topic in depth through her experiences with a number of randomised controlled trials (RCTs) assessing the impact of poverty reduction measures in the Global South. The RCT methodology, originally designed for evaluating the impact of medical interventions, is now becoming more widely used outside of clinical settings. Social scientists in a range of fields are adopting RCT approaches, and while many policymakers view them as a ‘gold standard’ for evidence of impact, they are not uncontroversial. RCTs are complex, lengthy and expensive to set up, and they can only be used to evaluate a narrow gamut of interventions. Their strength in demonstrating the counterfactual – what happens in groups not receiving the intervention – also raises significant ethical questions. If demonstrating impact through RCTs were to become a routine part of the funding and policymaking landscape for social entrepreneurship, the range of projects would be curtailed, the speed of implementation would be reduced, and additional research funding would be needed. Further discussions revolve around the question of how much evidence is ‘enough’ to demonstrate impact, and to what extent this differs depending on the scale of the initiative being assessed. An expensive RCT might be appropriate for a highly scalable ‘big bet’ intervention that can be widely replicated if impact can be robustly demonstrated, but many, if not most, projects are smaller and more locally specific.

Ideas around the role of research in evidence provision were further developed by Dr Jenny Tran, speaking about a recent Skoll Centre-funded research project that interviewed 31 policymakers, funders and practitioners in the field of social innovation in healthcare in low- and middle- income countries. The interviews probed attitudes and beliefs relating to evidence within these three groups. Among practitioners for instance, responses ranged from seeing research and evidence as an accountability mechanism – “Research is a tool of justice…how are we holding ourselves accountable to our patients?” – to something that just needs to be done to satisfy the expectations of funders – “We do what we have to do”. The funders interviewed also had mixed attitudes towards evidence, with some admitting candidly that gut feeling was as important as data in making funding decisions. Organisations spoke of a lack of time and expertise to collect good data on their impact. One theme that clearly emerged from the interviews was a lack of consensus on how to operationalise a model of data generation and use amongst all three groups that is of an appropriate scale in terms of the time and resources demanded, as well as being robust and rigorous. RCTs were rarely seen to be the answer. Tran’s paper recommends a number of future pathways for improving research in this space, including further elaboration of the concept of ‘lean research’ striking the balance between appropriate scale and rigour; better technical education; and changing the way evidence generation is funded. All of these are ripe for future exploration. In addition, there is little or no attention currently paid to how organisations measure negative impacts, or their incentives for doing so. This too is an area that deserves further study and the development of practical tools for the generation of objective impact measurement. 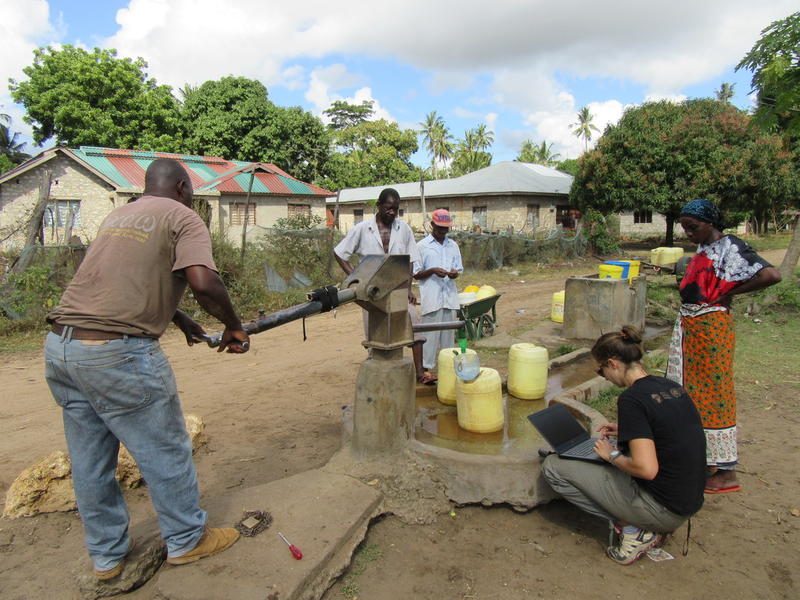 Two other seminars in the series focused on the role of research not in the generation of evidence, but in others kinds of knowledge creation, through embedded partnerships between academics and practitioners. Kate Roll, Senior Research Fellow at Saïd Business School, spoke on the Oxford-Mars Mutuality in Business project, a large multi-year research project exploring the idea of mutuality as an organising principle for business. The project is unusual in that it is carried out by an academic team in collaboration with the Mars in-house think-tank, Catalyst. The allure of the set-up is clear from the point of view of carrying out research guided by real-world priorities – there is potential for unique access to knowledge, skill and legitimacy on both sides – yet challenges are also many. In particular, spanning the research-practice boundary brings to the fore different perspectives on questions such as:

Drawing on the theory of organisational hybridity, Kate explains such collaborations as a case of striving to effectively bring together differing ‘institutional logics’: “as the degree of incompatibility between logics increases, hybrid organisations face heightened challenges” (Pache and Santos 2013). In order to realise the unique opportunities for insight and impact, researchers are obliged to adopt the character of the ‘amphibious academic’. Even if they might be happier in water, like the frog, they too can cope ably on land.

Successful examples of such collaborations are not numerous. They require connections, funding and abundant engagement and amphibious capability from all partners. Alex Fischer and Heloise Greeff, members of the Skoll Centre’s Research for Action Network, spoke about Oxford’s Smart Handpumps project, a long-running collaboration with NGOs and government. While the project began by exploring the causes and impacts of broken water pumps in rural Kenya, it has since transitioned to address how broken pumps can be fixed quickly and cost-effectively. The project is now driving technological and systems innovation to the point that it has led to the creation of a social enterprise that will service the handpumps sustainably into the future using the technical and institutional knowledge generated in earlier phases. Alex and Heloise described a ‘research-action spiral’ in which innovation and research have circled around each other in a productive dance. These impactful outcomes of the project could not have been anticipated at the beginning of the research process – a powerful argument for research led by problems and not just solutions. Often, following intuitions and blind alleys was just as important for the development of the impact of the project as any planned research pathway. This highlights the value of flexible funding and creative leadership in action-research projects. Universities are an important ingredient in this kind of innovation and research, as they provide safe spaces for the exploration of novel ideas that may not otherwise be pursued. The role of PhD students too is of significant value – unlike research assistants or employed post-doc researchers, PhD students follow their own research agendas within the wider project, generating new ideas and possibilities.