The Future of Food Systems: Blockchain 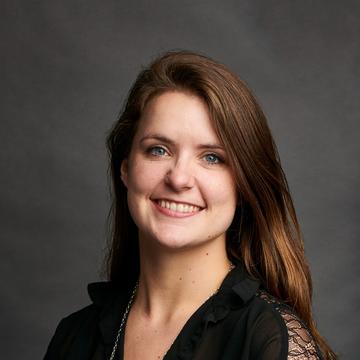 Melissa Benn is an MBA student, a member of the Skoll Center for Social Entrepreneurship’s Impact Lab, and a lover of all things cheese. She is focused on building a career to make food more inclusive, sustainable, and accessible around the world.

The Future of Food Systems: Blockchain

This blog is the third in a series titled ‘The Future of Food Systems’, written by MBA candidate Melissa Benn. It explores the ways our food systems can and should pivot in a world that is being increasingly disrupted by climate change.

For the uninitiated, blockchain can seem like an intimidating and mysterious buzzword reserved for technology firms and Silicon Valley.

However, as we hurtle towards what will likely be a decentralized future, blockchain has the capacity to disrupt the majority of public and private systems we’ve grown accustomed to. Today, businesses worldwide are seeking to adapt blockchain and food systems companies are no exception.

A blockchain is a collective, unalterable record (or “immutable ledger”) for recording transactions, and tracking assets (either tangible, such as cash or currency, or intangible, such as patents) within a network. The entire transaction history is recorded in a block within a chain of data that can’t be changed or deleted.

Simply put, “a blockchain is really just a fancy excel spreadsheet that keeps track of who owns what… everyone just gets a copy of the same spreadsheet, and the big deal/breakthrough is that through complicated cryptography (where the term ‘crypto’ comes from) all those spreadsheets communicate to agree about which transactions are legitimate."

How is blockchain relevant to food systems?

One of the major benefits of blockchain is the transparency it brings to opaque systems. You’d be hard pressed to find a more complicated or opaque system than the one that brings a bag of M&Ms to your doorstep.

There are major ethical and climate issues in modern cocoa farming. The industry has struggled in the face of child labor, slavery, non-living wages for farmers, deforestation, soil erosion and degradation, and 30-40% of the crop lost to pests and disease.

With millions of laborers across thousands of farms, transparently tracing cocoa to its source is difficult, bordering on impossible. While companies are reporting progress towards reducing child slavery and labor in their supply chains, currently, no major global chocolate company is able to guarantee they are free from child labor. In Côte d’Ivoire, the world’s largest producer of cocoa, the government has agreed to a ‘final goal of achieving full traceability’ in cocoa.

Blockchain could be used to verify that laborers and farmers are being paid ethical living wages and help companies understand who they are sourcing from, improving coordination across the value chain. It’s also a potential way to make this complicated system more efficient and less corrupt, assuming that all actors with access to the ledger are trustworthy.

While this would require internet access and digital literacy, it seems feasible that a sector that generates $100 billion per year could afford to reinvest in its essential workers. Trials are ongoing.

Let’s take a look at some of the interesting start-ups and companies that have already started to adopt blockchain:

Agrotoken is a cryptocurrency start-up in Latin America seeking to create a secure, frictionless ecosystem to make trading grains easier, more efficient, and more reliable, by tokenizing grain as a stablecoin. A stablecoin is a class of cryptocurrency that pegs its market value to an external reference, thereby attempting to offer price stability, while eliminating third-party intermediaries to facilitate transactions. Stablecoins may be pegged to currencies, such as US Dollars, or commodity prices, such as gold, or in this case, grain. The value of each Agrotoken is linked to the price of grain, thereby granting price transparency, the ability for farmers to exchange tokens for inputs and provide collateral for loans, among other benefits. You can check out their impressive white paper for more info.

IBM Food Trust seeks to improve traceability in when, where, and how food has been grown, picked, shipped, and processed while protecting network-participant data. This system is designed to impact supply chain efficiency, brand trust, food safety, sustainability, food freshness, food fraud, and food waste. It can also help trace foodborne illness outbreaks by tracing the flow of contaminated foodstuffs all the way to grocery shelves.

Of course, we must remain cautiously optimistic. It is still very early days for many blockchain applications, so both time and a discerning eye are necessary to separate the romantic ideations from the substantive opportunities.

As blockchain becomes more commonplace, we must understand its budding applications to ensure it lives up to its potential as a solution to making the world more transparent, safer, and efficient. I’m certainly feeling hopeful.