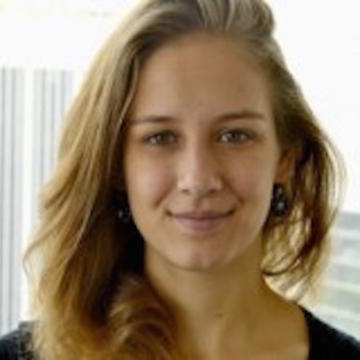 What do you get when you cross social impact with jokes? At the risk of burying the punch line – some good things! But it’s complicated…

This morning, participants at the Skoll World Forum explored the power that comedy has to highlight social issues and drive behavior change. Caty Borum Chatto, Omri Marcus, Erika Soto Lamb, and Fenella Kernebone led us in a discussion of when comedy has supercharged social movements, but also touched on challenges that merit further attention.

Comedy is a foundational element of drama, and as we all know, drama captures public attention and imagination. While activism has long highlighted the tragedies around us, the panel showed us that comedy is an underutilized tool. In fact, it’s a tool that allows us as changemakers to stir some of the most important emotions for action – hope and optimism – in our target audiences. Comedy also serves as a gateway to talk about serious, and sometimes taboo, topics. In an age where there are ever increasing demands on our attention, comedy holds real potential for getting people to pay attention to the most important issues.

Yet like with any tool, comedy must be deployed carefully and strategically. As the panel pointed out, using comedy effectively in social change work requires a collaborative give and take between comedians and activists. Lean too heavily on the comedy, and while the result may be entertaining, it won’t help solve a social problem. Lean too heavily on the social problem, and what’s supposed to be comedy will no longer be funny.

However, I think there’s an even more important consideration changemakers must keep in mind with using comedy, and that’s clarity on target outcomes. The panel touched on the point that there are different genres of comedy that are best suited to different outcomes. For example, Borum Chatto pointed out that satire has been very successfully used to coalesce identity and solidify a base. Political satires like the Colbert Report immediately comes to mind, but here’s the thing: in a world of increasing divisions and identity politics, is solidifying into separate bases really the outcome we need to create change?

In contrast, Borum Chatto lifted up episodic narratives as a more effective genre for changing people’s hearts and minds. She pointed to the example of Modern Family and other sitcoms featuring gay characters playing a role in changing mainstream social opinion about gay marriage in the US. Such “edutainment” is a powerful contributor to behavior change, but I think it can also magnify differences that already exist; according to the New York Times, people in American cities, where gay marriage is generally more accepted, watch Modern Family, while Duck Dynasty, whose star is vehemently against gay marriage, is far more popular in rural areas.

As an enthusiastic (amateur) improv actress, and an aspiring social entrepreneur, I found myself shouting “yes, and!” in my head at the end of the panel discussion. Comedy is powerful, and it is underutilized in social justice work. And…we need to do more experimenting with comedy, to make sure we’re not solidifying a base, but also connecting with the people whom we find incredibly hard to convince.